What Would Moses Do?

I’ve only made one New Year’s resolution for 2013, but it ought to be enough.

I’ve resolved to use this blog to demonstrate my efforts to keep up with Moses.

Which I suppose bears some elaboration, starting with a brief discussion of the Torah.  But first, let me assure the non- and anti-religious among you that it will barely hurt at all.  You might feel a pinch, but that should be about it.

The Torah (AKA the Hebrew Bible AKA the Old Testament) is divided into sections known as parshiot, one of which is read each week until, at the end of a the year, it’s been read cover to cover, scroll to scroll.

This week’s parsha is Shemot, the beginning of the Book of Exodus.  And though it consists of only five of the nearly two hundred chapters in the Torah, it covers a dizzying amount of narrative; starting with an Egyptian Pharaoh who did not know Joseph and didn’t care much for his descendents, then bringing us swiftly to the birth of Moses, his youth in the royal court, his killing of an Egyptian taskmaster, followed by his flight into the wilderness, his audience with God at the burning bush, and his initial efforts to get the Pharaoh to release the Israelite slaves.

It doesn’t say much about me, though.

So where do I fit in?

Seeing the Light on the Chicago River

Not the royal court, that’s for sure.  I don’t know much about royalty, and have no plans to change that.  As for leading a nation of underdogs against a powerful and cruel autocrat, I’m not sure where I would begin, even if I had the stones.

But now and again I have a burning bush moment.

This is how Richard Friedman translates Exodus 3:3-4 in his Commentary on the Torah:

And [Moses] looked, and here: the bush was burning in the fire, and the bush was not consumed!  And Moses said, “Let me turn and see this great sight.  Why doesn’t the bush burn?  And YHWH [the name of God] saw that he turned to see.  And God called to him from inside the bush, and He said, “Moses, Moses.”

Then before Moses knows what’s hit him, God gets busy deputizing him with the task of freeing the Israelites, while disregarding his impressive persistence at suggesting someone else be appointed with the honour.

Which only goes to show you, Moses; that’s what you get for paying attention.

My favourite interpretation of the burning bush story is that what sets Moses apart from others is that he was attentive enough to his surroundings to see that the bush was aflame yet not surrendering to the fire.  Only after he has demonstrated this capacity for awareness does God know that he is equipped for the task.

Being a veteran scoffer, I know what some of you must be thinking.  “The man notices a burning bush that isn’t really burning, and that makes him special?  That just means he’s not a dolt.  Who wouldn’t notice a burning bush that’s not burning?”

The answer, much of the time, is me.

I am constantly surrounded by moments of exquisite beauty or exquisite dullness – let’s call it exquisite now-ness – without being aware of it.  Burning bushes and towering infernos and still, small voices fill the world around me, harmonious and discordant, all rich in their own way, and I’m somewhere else altogether.  That just goes with being human; perhaps all the more so with being human in the age of supertech, responding to the beeps and bling of our age.  But on those occasions when I extract myself from the act of pursuing and return myself to where I’m actually standing, I am often rewarded with gifts that come from merely paying attention.

New Year’s resolutions are not born accompanied by encouraging prognoses.  This Wikipedia entry I’ve come across (http://en.wikipedia.org/wiki/New_Year’s_resolution) tells of a study in which it was found that 88% of its subjects failed at keeping their resolutions.

On the other hand, in late March, more than nine months ago, I made a commitment to meditate on a daily basis, and since then, have only missed four days.  So maybe I’m not a lost cause.  Maybe this is my Year of the Blog.  A year in which I will report back often to those who might be interested in my efforts to pay attention, both with new essays and reflections, or simply with photographs which say, “Hey!  Look what I noticed!” 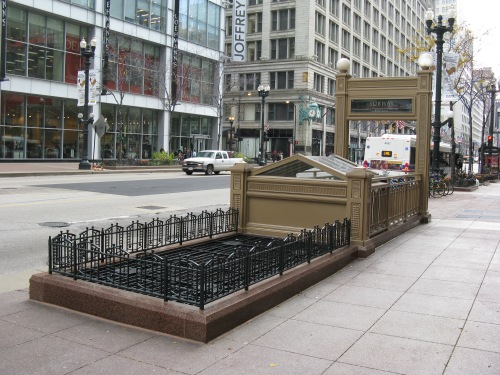 4 responses to “What Would Moses Do?”