Stumbling Through Blessing: Part 2 – Grace, God-Wrestling, the windshield and the bug

My tradition seems to be telling me to fake it till I make it.

Blessed Are You, Source of All Peoples, who has made me a Jew

There might have been easier ways to step into today’s brucha, I could, for example, have explored my Jewishness with a good cookbook, a joke book, or a visit to a therapist.

Instead, looking for something to provide guidance on how to live, moment to moment, I choose to deepen my understanding of the mitzvot, the 613 commandments traditionally understood to have been given to the Jewish people by God.  I know they don’t all feel suitable, but I also know there’s a case to be made for examining one’s tradition before dismissing it. 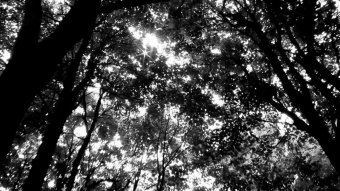 I open The Concise Book of Mitzvoth, as compiled by the venerable scholar knows as the Chafetz Chayim (1838-1933), and see that the first mitzvah he identifies is to “believe there is a God in existence [who]…brought all existing entities into being, and all the worlds, by His power and blessed wish.  It is He who watches over everything.  This is the foundation of our faith, and whoever does not believe this denies the very main principal and he has no share or right among the Jewish people.”

My inner upstart wants to get disputatious.  How can belief be commanded?  Why assign the male pronoun to the Source of All?  Are you sure you want to declare the hundreds of thousands of Jews who discount the existence of an omnipotent and omniscient God to be apostates?

Then there’s me.  Someone who both speaks to God in intimate terms, expressing gratitude and fear, and who also, witness to the capriciousness of life, wonders exactly to whom I’ve been talking.

Who am I to claim certainty about the presence of God?  Yet, who am I to dismiss the Chafetz Chayim out of hand? 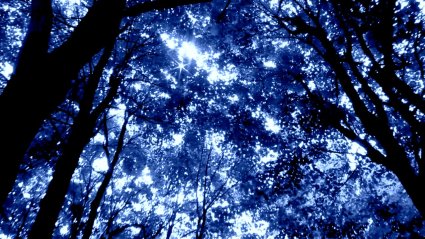 As I walk to the subway, I try to stay open to a single source of life’s plenitude.  Unlike my recent efforts to attune to one point of focus in the form of birdsong, I’m now trying to take in everything: branches of trees bending and rebounding in the strong wind, a wind chime sounding a single note on someone’s porch, hummingbirds darting blurrily along the air currents.  A car door shutting snugly.  The high heels of a woman’s red shoes clicking along the opposite sidewalk.  At Bloor Street, a large truck hurtles through the intersection, trailed by a man on a motorbike.  Ahead of me, two people cross the street taking long angles.

All of us – these two, the woman with the red shoes, the man on the motorbike – are focused on our own concerns, weighty with significance.  Then, I imagine viewing us from the sky, space, the universe’s edge.

We are tiny.  We are important.

Soon, aboard one of Toronto’s articulating subways, a single long car which bends around curves, I am straddling solidness and fluidity – one foot on the stable floor, the other on the metal sheet which rotates when we make a turn.  The wallpaper on the cell of the woman in front of me shows her securely wrapped in a friend’s arms on a winter’s day, she too balancing solidity and fluidity.  Several riders press their hands into the low ceiling, trying to stay on their feet. 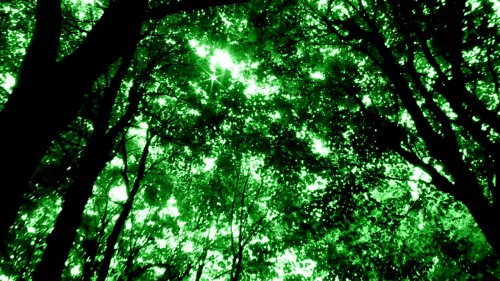 As I step off the subway, in my mind’s ear, I recall a favourite pop music verse:

Sometimes it all comes together, baby

Sometimes you’re a fool in love.*

The narrow stairway from the subway to the street is under repair, with only enough room to go single file.  Remembering I’m not the only one with rounds to keep, I step aside to let someone down.  Boarding the streetcar, I’m about to claim a seat when I remember someone older has gotten on behind me, and I keep walking to the back.

Did the commandment to believe in God and the effort to attune to the transcendent have anything to do with the compassion I’m feeling?  Yes, it did.  I can’t say why, but yes.

The feeling of grace didn’t last very long, and any efforts I made to compel its return reminded me of the fruitlessness of grasping.  In Montreal now, I go for a walk on Mount Royal, trying to reconnect with the transcendent, pretending I’m not trying to grasp yet again.  It’s not working.

So I sit on a log, committing myself to staying there twenty minutes.  To pay attention and see what happens.

The breeze, cousin to the wind I’d experienced in Toronto a few days earlier, rises through the trees, their branches periodically spreading open, offering a glimpse of something beyond.

(Got 66 seconds? Sit on a log and look into the sky with me.  You may well enjoy what happens.)

The Hebrew Yisrael can be translated as one who “struggles with God,” and so…

Blessed Are You, Source of all Peoples, who has made me a God-wrestler**

*with gratitude to Mark Knopfler and Dire Straits, and also Mary-Chapin Carpenter, whose version of The Bug I love best

**with gratitude to Rabbi Arthur Waskow, whose chose to entitle one of his books Godwrestling

Do you have a text with life lessons?  Perhaps a religious book, a declaration of human rights, or maybe a copy of Ted Williams’ “The Science of Hitting?”  Might there be merit in visiting it, and without feeling obliged to accept every word, explore what it has to offer as you go through your day?

Find a place to sit – outdoors, indoors, anywhere really – for twenty minutes if you’ve got it, less if you don’t.  Not to read or listen to music or text.  Just to see what happens.  Try to stay committed to the time you’ve allotted.  You might start feeling bored and want to get up.  But hang in there.  Without forcing things, without needing anything in particular to happen, you might become aware of something.  Worse comes to worst, you’ll get a break from doing.

What the heck.  Go ahead and force something.  As you go through your day, see if by paying attention to everything around or inside you, you get in touch with the transcendent – perhaps in the form of God, perhaps in some other way.  If you see it, then lose it, try to forgive the universe, and be grateful for having seen it at all.  That’s the way it goes for most of us.

5 responses to “Stumbling Through Blessing: Part 2 – Grace, God-Wrestling, the windshield and the bug”