As the minibus runs north from Saint-Jérôme, Quebec along Route 117, the window furnishes views of not much more than asphalt and highway-side businesses.  So I begin planning my next vacation, even though the one I’m on has just started…as if the past twenty-four hours hadn’t happened.

Blessed are You, Source of all that is, who has made me free

(*Hebrew being a gendered language, “bat” would generally be said by women, and “ben” by men.  In this modern age of gender fluidity, though, it seems fair to use the one you feel suits you best.)

This is the Jewish morning blessing of which I’ve been trying to stay mindful recently.

Having more freedom than most people can imagine, I had given long and labourious thought to what I would do with a week off work.  One moment, I was going to spend it in New York watching baseball, and another, I would poke around Portland – Oregon or Maine, take your pick.  Or Oaxaca, Mexico for baseball again.  But I kept coming back to Le P’tit Train du Nord, a 200 kilometre (125 mile) former railway route, now converted into a bicycle path, running through Quebec’s Laurentian Mountains. 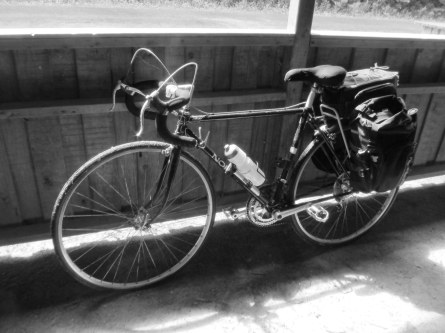 So just yesterday, back in Toronto, I went into my pack mule act, backpack hoisted over my shoulders, knapsack sitting on my chest, and began walking my bike to the subway, to catch a train to Montreal.

A couple of women pass by on the sidewalk, eyes pointed downward so they can focus on the words they’re sharing, one of them saying, “she’s not in pain or vomiting…”

Moments later, I’m passing a driveway where a man is crouching with a hose, washing down a stain, his wife standing above him, hands on her hips.  “I don’t want to hear about it,” she says.  “No, now listen…”  He looks away from her.

My back is aching a little from the weight I’m carrying, and I think of a softball teammate who had to miss a recent game because of serious back pain.

At the subway station, a tall blind man with a tall walking stick is trailed by his seeing-eye dog who looks over its shoulder at me, determining if the clicking sound of my bicycle wheel poses a threat.

As I carry my bike down the stairs to the platform, a toddler on her father’s shoulder asks, “Wa dat?”  “It’s a man with a bicycle,” he patiently answers.

A man who’s got it good.  Who’s neither in pain nor vomiting, not being hectored or ignored by a discontented spouse, and privileged to be able to do things many my age, or any age, cannot.  I can even decide on Saturday evening whether the train I board the next day will take me to baseball stadiums in a foreign country or a cycling trail in my own.

Not that this necessarily makes me happier than the others.  For all I know, the squabbling couple spend most of their time being glad they have one another.   The woman who is neither in pain nor vomiting might be basking in improved health and the love of her friends.  And the man with the seeing-eye dog, who I have noticed often over the years – always in shorts and hiking boots – may well find the sounds and scents of the world to be fascinating and sufficient.

Still, it would seem wise not to take my freedoms for granted – my physical and financial freedom, and the freedom to simply strike out somewhere on a whim.  All this freedom has been bequeathed to me, though I’ve done little to earn it, and that which I have “earned” has come through skills that have similarly just been granted.

The next morning, I am in Montreal, waiting for a commuter train that will take me to Saint-Jérôme, where I will catch the minibus to Mont-Laurier, the starting point for the bike trail.  There’s a young woman in a short black dress with an aristocratic nose and dirty blonde hair that reminds me of daybreak.  But her stiff-limbed, poorly coordinated movements, and wild eyes suggest too much time with substances that are destroying her. If I’m to be honest, once I see the shape she’s in, my first instinct it to tune her out.

But when she approaches, holding out a grimy hand, saying she just needs four dollars to get home, I take her at her word, and help out.  A few minutes later, she begins shouting at everyone that there’s been a change of platforms, and we have to switch tracks if we want to catch our train.  She keeps shouting until she’s shepherded us all over, even those who are trying to pretend she doesn’t exist.

Yet, for all this, a few hours later, when I am dissatisfied with the view from the bus, I start planning a different, better vacation.  Catching myself, I silently say the brucha

Blessed are You, Source of all that is, who has made me free

and move to the other side of the bus, further away from the highway, so I can remember to be on this vacation.

And yes, as I get pelted with rain, catch cold, am feasted upon by black flies and mosquitoes, and discover the cycling to be more strenuous than expected, I often revert to thinking about elsewhere, but as best I can, I do my best to appreciate where my freedom has taken me here and now.

Here’s some additional photographic evidence of that effort (if you wish, you can click on the images to get some slideshow action)… 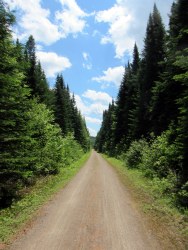 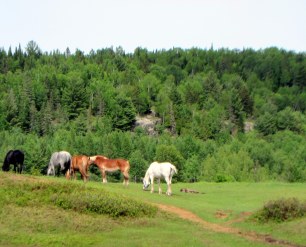 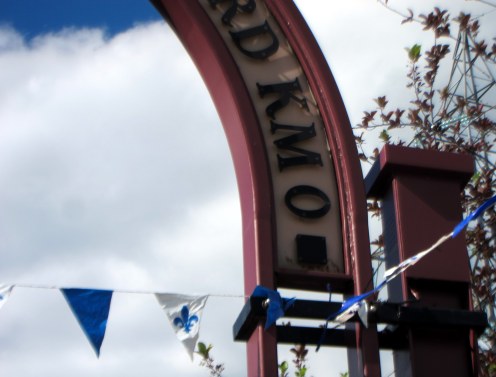 Blesssed are You, Source of all that is, who has made me free